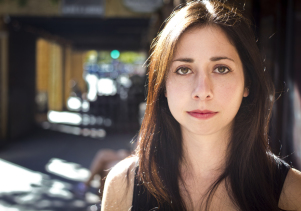 Amber Ikeman's spirited, earthy folk music carries audiences across the open spaces of the American West and into the depths of their souls. With powerfully clear vocals and raw, confessional lyrics, she tells stories of self-discovery, resilience, and wildness.

Perhaps this is because Amber always had a wandering spirit. She was born in Toronto, Ontario and moved to Sarasota, Florida at age 10, where she would often sit in math class writing poetry and lyrics. Raised on Joni Mitchell, Joan Baez, and Cat Stevens, Amber also loved intense romantic music like Puccini’s operas. She picked up the guitar when she was 12 and started playing local songwriter showcases at age 13.

Later, Amber attended the prestigious Musical Theatre Program at the University of Miami but only stayed a year. She was looking for something deeper. A trip to Israel before her sophomore year left her sitting in the middle of the desert alone feeling a sense of oneness and a connection to something greater than herself. When she got back, she transferred to the University of Central Florida in Orlando where she majored in classical voice and minored in Judaic studies.

After college, Amber felt pressured to become an “adult.” The only thing she ever wanted to do was make music, but she felt trapped by the things she thought she should do and was afraid that a music career would be too hard. She got a job as a Teen Director at a non-profit in her hometown, had health insurance and her own apartment. On the surface, it seemed that she had a comfortable life. But deep down she was struggling, depressed, and unfulfilled; she knew something had to change.

When she turned 25, Amber quit her job, sold everything that didn’t fit in her car, and drove across the country for the first time - by herself - to work as a dishwasher in Yellowstone National Park. She wasn’t coming back.

Amber finally felt home among the mountains, geysers, and wild spaces of Yellowstone. After the season ended, she drove around the United States alone for five months, tirelessly searching for herself. She visited every place she'd ever dreamed of, slept on couches, and wrote lots of songs.

Near the end of her nomadic quest, she had enough material to record an album and the guts to finally do it, so she teamed up with Chris Cunningham from Basecamp recording studio in Bozeman, Montana. Her album, Free, was named one of Southwest Montana’s top local albums of 2015.

An engaging performer, Amber tours all over the U.S. and received the 2017 Vic Heyman Songwriting Award. She will release her second album and embark on a cross-country tour in January of 2018.

Amber has developed a fierce commitment to honor her art and her deepest longings. Let her music reveal your hidden dreams, and inspire you to be courageously yourself. 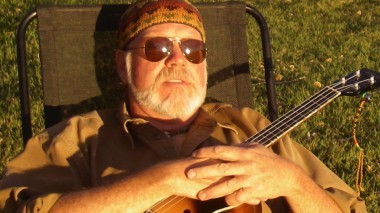 With a few guitars, an ukulele and a banjo bill conjures up ways of using his songs to comment the world as he sees it. One might call his art vintage and be correct. A child of the 70's Bill grew up listening to the likes of John Prine, John Denver and John Hall. He was dismayed at an early age to realize that it would be foolish to change his name to John so he pursued his own path using his own name and singing his way through the great ski towns of America. Now calling Park City, Utah his home he continues to write songs about whatever and who ever catches his interest. You never know what it might sound like so it could be Country, it could be blues, it could be slack key or it could be some undefinable genre that just popped up one day.

Magpie House Concerts has been bringing the nation’s best singer-songwriters to Salt Lake City since 2000 for intimate performances that cannot be matched in any bar or club. For Jean Synodinos, it is also far more than “just another house concert series.” Its founder, Susanne Millsaps, was one of Jean’s earliest champions, and Magpie was Jean’s very first house concert performance.

To learn more about Magpie House Concerts, or to reserve a seat and get directions to the event, email rsvp@magpiehouseconcerts.net

Welcome to the new web home of Magpie House Concerts. Our past host Grant Hogarth (give him a big hand!) has moved on to greater opportunities that has taken him away from Salt Lake City. Grant has bestowed the legacy of MHC upon John, Susanne's brother. John is dedicated to the original vision of Magpie House Concerts- to bring the best of acoustic music to Salt Lake City. Please join us for a night of wonderful music and artistry.

RSVP for a seat reservation and directions to the event!